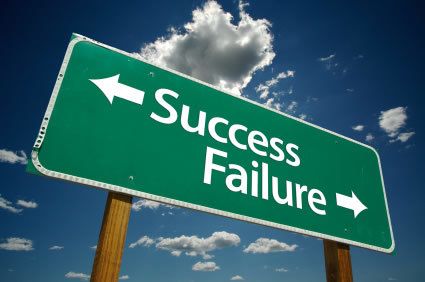 There is a trap being set right now in the San Carlos real estate market for sellers. You can avoid this trap by first understanding that the spring of 2016 is behind us and listing strategies that were used then, and as far back as 2013, can no longer be used as we enter 2017. Noticeably underpricing homes and pushing the outer limits of sanity on others will be a strategy that backfires with most listings as we enter 2017.  Why?  The market simply does not have the same strength that it has had in recent years. We still have a very strong market, but it is not quite as hot as it once was.

How we arrived at the 2017 San Carlos Market

Let’s first take a step back and look at how we arrived in 2017.  Starting at the end of 2012, the San Carlos housing market had broken free of any lingering effects of the 2008 recession.  In fact, prices were already starting to surpass the lows of our market which occurred toward the end of 2010.  The old expression “the last to go under and the first to recover” held true once again to mid-peninsula real estate and we were off and running.  2013 was a year of incredible movement in San Carlos. This was my busiest year as an agent, closing 52 houses for the year. 2014 and 2015 followed a similar pattern.  By early 2016, the San Carlos market started to show some signs of fatigue.  Homes in prime locations were still fetching prices well over the asking prices, but homes that had more of a blemish on location or layout started to sit or not sell where sellers expected.  By the fall of 2016, homes that did not have an ideal location or layout and pushed the price just a bit were sitting.  Several had price reductions and will close noticeably below their original list price.  Some will attempt to come back on the market over the next few weeks.

Interest Rate Hikes.  The refinance market has gone to sleep over the past few weeks as rates have escalated and will continue to escalate through 2017.  Many key financing banks are expecting the feds to raise rates from ½ to ¾ of a point by the end of the year.  While most mortgages are tied to treasury notes, the fed movement on rates tends to parallel much of what happens with mortgage interest rates.
Buyer Fatigue.  I have been fortunate enough to represent more buyers than any other agent from 2010-2016 in San Carlos, and I can tell you first-hand there is a heavy element of fatigue. Additionally, others who are choosing to enter the market now are much more reserved with their thinking, feeling that market has become more normalized.

It is still important to realize that the San Carlos market has not dipped.  It is still more in the hands of sellers than it is with buyers.  More than any other leading indicator, San Carlos is tied to tech.  As tech goes, so goes San Carlos.  Right now, tech is strong.

List Price. If you are selling your home in San Carlos in 2017, get your list price exactly right. So many errors have been made here in recent months. The list price is crucial.  You have to select a number that is easily backed by comps while being realistic about your property’s flaws. The listing price is the very first thing a buyer will notice about your property after seeing the address.  You want the price to instantly resonate as the buyer digests the details of location, size and condition of your home.
Perspective.  Unlike recent years, your property may not sell at $200,000 over the list price.  However, keep in mind that your property most likely went up $500,000 in just the last three years.

Selling your home in San Carlos in 2017?  Congrats! You are going to do very well and you are selling from a position of strength.  You will ultimately do much better on your bottom line if you recognize some slight changes that have occurred and incorporate those changes in your list price and expectations rather than have to later lower your price or go through a very long period of Days On Market.