A Very Important Post: Your Help Is Needed Immediately 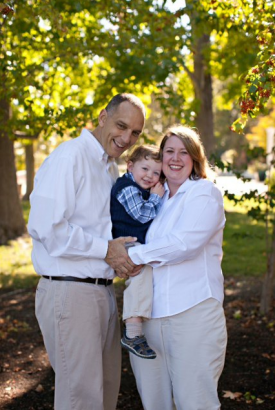 Chris Mahoney is a father, a husband, a teacher and Director of the Charter Learning Center in San Carlos.  He has devoted his life in the service of helping others.  His efforts over the years have had a positive impact on kids from Massachusetts to California.  He is young.  He has many more years to give.  He wants, more than anything, not only to spend it with his family, but also to use his time to continue to help others.  Chris’ wife, Michelle, wants nothing more than to grow old with her husband.  His three-year-old son, Emerson, wants nothing more than to spend more time with his Daddy.  He needs your help now, more than ever.
In 2003, while living in New York, Chris met his wife, Michelle, who was living in Boston. It was only a few months into their relationship when Chris was diagnosed with PSC.  Despite the grim outlook, their relationship continued both to grow and flourish.  In 2005, they married in Philadelphia, Pennsylvania.  Soon after moving to the Bay Area in 2006, Chris was diagnosed with gallbladder cancer. Though Chris was treated for the cancer and was in remission, he was told that the presence of cancer banned him from the transplant list until 2012.
In March 2012, Chris’ blood suddenly stopped clotting and he was rushed to the Emergency Room at UCSF Hospital.  After two weeks and multiple tests, the specialists at UCSF Hospital informed Chris that his liver was failing.  Without a liver transplant in the next six to twelve months, Chris will most likely die.

Together, We Can Help

I had the privilege of coaching baseball in San Carlos for a few seasons with Chris. I got to see up close how positive he is and what a tremendous impression he is able to make on kids within our community.  Keep in mind that Chris came to baseball practices and the games after his Director duties at CLC were complete.  Chris did not have a child on the team.  He was simply there to help. He is the definition of someone who is committed to this community and the helping of others, over himself.  In what is now his most difficult hour, it is time for the San Carlos community to come together to help this man who has given so much of himself to our city.
It took a lot of courage for Chris to come forward and ask the community for help.  Chris and his family will need financial assistance (due to sky rocketing medical costs), as well as help in the search for a donor.  This is a last option for him.  You can help, and here’s how:
1.  Donate Immediately.  You can donate immediately through Chris’ official site as well as apply to be a donor match.  You can reach his site by clicking here. You can connect directly to his dedicated Facebook page by clicking here.
2.  Golf Tournament.  I will be organizing a golf tournament for the benefit of Chris.  All proceeds will benefit Chris and his family.  More info on the SCB as soon as we have confirmed dates.
3.  San Carlos Treasure Hunters.  This will be the first year that we will have an optional donation option for SCTH.  All proceeds from this event will benefit Chris and his family as well.
Given the amount of families that Chris has helped in San Carlos throughout the years, we believe there may be others wanting to organize different fundraising events.  I am happy to help publicize any of these efforts on this site.
Thank you for taking the time to read this post and I hope that you will consider helping Chris and his family.

Thank you SO much for the update, Bob. We’ll do whatever we can. This has just taken my breath away. I wish I had the right blood type…..so many other ways to help, though.

Bob, let me know about the golf tournament, and anything else I can do to help you organize the events.

You’re on. Thanks very much, Steve.
Bob

We love you Chris & Michelle & Emerson! We want to help and please know we are lifting your beautiful family up in prayer. Thank you Bob for being such a blessed friend and organizing support.

You should look into getting into contact with the owners of Man Cave Memorabilia in San Mateo as well, they do silent auctions to raise funds for those in need.

What about organ donation? Are they continuing to test to see if anyone is a match?

Please let us know about the golf tournament. My husband would love to play and we’ll help out in any other way we can. This breaks heartbreaking…Chris has made such a huge impact in our families life and we will do what we can to help him fight this very important fight!

Hi Shannon,
If you connect to Chris’ main web page there is an option for organ donation matching on the left hand side of the page.
Thanks for the post.
Bob

Chris and Michelle, we will certainly give thought on the best way we can assist you. We will stay informed via your website and will let others know who may be able to assist. We love you.

Hi Candy,
You will notice at the bottom of the post that you can “send” it via Facebook, you can tweet it and you can share via Google as well. Thanks for helping to get the word out.
Bob

Go Chris, Go Chris, Go Chris. You rock…Keep your chin up and climb one step at a time past this.
Bob: let me know how I can volunteer for events (weekends mainly), etc. meghanm@gene.com
Meg

There is a glitch on the website. It was up this morning but it is down this afternoon. I don’t know who is managing that page. Can you pass on that info? Thanks.

@Pam I just checked it and everything seems to be working just fine. Probably just a temporary glitch.
@Meghan Thanks, Meg. I will absolutely let you know.
Bob

Thank you so much for doing this Bob. I’ve had a couple of people contact me and they have items and services for raffle or auction. One friend is already doing a raffle at her spa, Personal Reflections, for his benifit. Is there a way to get that on the website?

Bob,
Thank you so much for getting the word out. We are hopeful we will find a living donor for Chris. We are also hopeful that people will consider becoming an organ donor–one life can save so many others. Our heartfelt thanks to you and your brother Cody for organizing the website, blog post, and fundraisers. Words cannot express our gratitude to the Bredel Brothers and to everyone else who support our family.

@Jen Thanks for your post. Yes, we can certainly make that work. Please email me directly with the details and we may be able to combine it with another, larger event. bob@bredelhomes.com

Hello,
I am a friend of a friend, but my partner had a liver transplant at UCSF in 2009. He received a live liver donation from his brother. We know we were extremely lucky. In addition to happily providing a donation as many did for us, I’d love to offer any support or words of wisdom to potentional donors or Chris and his family.
I was my partner Nick’s caregiver and while it wasn’t always easy, it was amazing to see how quickly he recovered. UCSF is THE BEST. Chris- you and your family are in my thoughts.
Please feel free to contact me anytime!
Kerry

I have shared this and will pray for you. I am a fellow PSCer. We are together in the fight.