The Most Sought After Property In San Carlos: The Large, Level Lot In The Flats 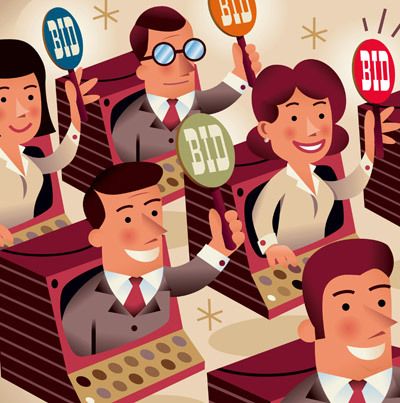 There is not a single property more sought after in San Carlos right now than the large, level lot in the flats.  The amount of people roaming around San Carlos right now with the ability to pay $2,000,000 for a home on a large, level lot would astound you.  Many are willing to pay up to $1,000,000 for the lot and another $1,000,000 on the build.  Seems easy enough, right? Unfortunately, finding these types of lots has proven to be quite difficult for many.

What Defines “A Large, Level Lot In The Flats”?

A large, level lot in the flats would be any lot 9,000 square feet or greater that can be found in Howard Park, White Oaks or Oak Park.

Howard Park, White Oaks and Oak Park are confined areas.  Remember that many of the lots south of Belmont Avenue were originally 9,000 square foot lots which were cut in half during the Great Depression so finding ones that were spared from subdivision are inherently difficult to come by to start with.  Additionally, most of our streets in the flats with larger yards tend to be on slightly busier or narrow streets such as Howard, Greenwood and St. Francis. Nothing at all wrong with these streets, but many who are looking for the true gem of a large, level lot would prefer it to be on a street that is less traveled.  When taking those streets out of the equation you are really left with very few options.

Heavy Hitting Streets For Resale All Share This Trait

Carmelita, Alma, White Oak Way, creekside Eaton, parts of Knoll and Elizabeth, all share this trait…..large level lots. They are some of the most desired streets within the preferred location.  These streets have many desirable qualities, but it is the ability to pump a large amount of money into those properties and feel relatively safe with the investment that sets them apart from other locations within the city. For those of you who follow our market closely, you will note that homes which have come up on these streets recently with the large, level lots have sold at premium prices.

Recently, some buyers have launched very aggressive campaigns which target specific properties they have seen around town. Many of these buyers already live in San Carlos and have noticed particular properties around their neighborhood that they know have a large lot and a house currently on that lot which would benefit from a substantial remodel or perhaps even a rebuild. Letter writing, getting the inside scoop from a neighbor, walking the dog and “accidentally” bumping into the current owner or having a realtor perform reconnaissance, are all strategies currently being used by buyers to try and jar loose a particularly desirable large, level lot.

You’re Not The Only One

As mentioned at the top of this post, there are many buyers and current homeowners in San Carlos trying to identify the exact same lot.  When it does become available, you will need to be ready to jump. If you don’t, there will be others right behind you who will.  The most desirable lot(s) upcoming in the San Carlos flats are the Belle lots, where Belle meets Knoll. Originally, a 12,000 square foot lot, the builder, Joe Ravella, may end up subdividing and building two new homes. If you are seriously looking for a large, level lot in the flats, the key is tenacity and having a defined strategy.  Work with your realtor to expose all possible leads and be ready to go.

What I don’t like about the flats is the lack of off-street parking. So may cars parked on narrow, winding streets takes away from the beauty and upscaleness of the area. I’m surprised more aren’t interested in the bigger houses on bigger lots west of Alameda that have at least two-car garages and two bathrooms. I guess buyers are willing to give up a lot to have downtown walkability.