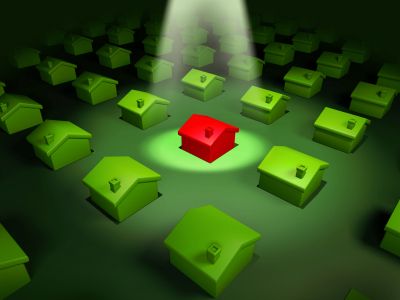 The ever increasing pressure on the San Carlos market from the swarms of buyers trying to locate a home in the City of Good Living has hit fever pitch. That’s a strong statement, but an accurate one. As mentioned, in the previous six or seven years, we have been averaging about 61 active properties and 28 pending properties on the market by the first week of April.  Currently, we have only 21 active properties and 59 pending properties.  The numbers are so badly out of whack that making sense of the situation can be truly maddening.

Just as the housing crisis of the last four or five years should have been predictable, what’s going on in San Carlos right now probably should have been predictable as well.  We have gone through three years of abnormally low numbers with regard to turnover.  It was also clear that the vast majority of buyers were going to wait on the sidelines and try and perfectly time the bottom of the San Carlos market.  That bubble of buyers has now burst and it has burst at a time that happens to coincide with all-time low interest rates, an improving economy, and at a time of very low inventory.  The result has been a barrage of multiple offers and a market that simply cannot come close to supplying the amount of homes needed for prospective buyers.

Is San Carlos Unique With Regard To Overwhelming Buyer Demand?

Not at all. Similar instances of low inventory and frantic buyer demand are taking place in Palo Alto, Menlo Park, Burlingame, parts of San Mateo and most of Belmont.  On a side note, what do these areas all have in common?  Great public schools. As a homeowner, if you have ever needed proof that the parcel taxes to support your local schools are the biggest no-brainer for protecting your property values, this is it.

San Carlos is a town that is specifically targeted by buyers.  However, recently, buyers who have grown overly frustrated with Palo Alto, Menlo Park and Burlingame are starting to focus their attention on San Carlos.  Why?  Because they lost patience with losing out on multiple offers in those towns and know that since those towns typically sell at 20-30% more than San Carlos, they can come into San Carlos, flex their muscles in a multiple offer situation and win. It’s happening more and more each week.

You hear it a lot.  It’s almost as if many buyers view the looming Facebook IPO as a giant door that will slam shut and forever lock them out of our local housing market.  The truth is that Facebook will have an effect on our market, but probably not the apocalyptic effect that many might believe.  The truth is that some Facebook money is already mixed into the housing market on the peninsula. Additionally, it’s not like on the day of the IPO employees will be roaming the streets with suitcases of cash.  Most employees will have restrictions on when they can sell their stock.  Most private technology companies have restrictions for common stock holders that will not allow them to sell their shares on the open market for anywhere from 120 to 180 days after the IPO.  Additionally, many newer employees will not be fully vested in their option agreements.  So the bottom line is that there will be an effect (as we saw with Google), but the effect is more of a minor impact over a longer period of time.

Closings From Q1 Are Starting to Publish

Some of the first sales to close for the first quarter of 2012 are now public.  This was the test group.  We knew the market had shifted dramatically and the first homes to partake in an upward market shift are always the toughest transactions because their appraisals cannot be supported by recent data points.  However, with this first set of homes to closing escrow, we now have new data points for homes that will go into contract in the second quarter of 2012. All price ranges, price per square foot and all other relevant categories show upward movement.  The only category showing downward movement: Days On Market.  Translation: it’s going to be an interesting spring and summer in San Carlos real estate.  The new San Carlos Trend Report will be out on this site tomorrow and will reflect these market changes.