Is Facebook About to Make an Impact on San Carlos Real Estate? 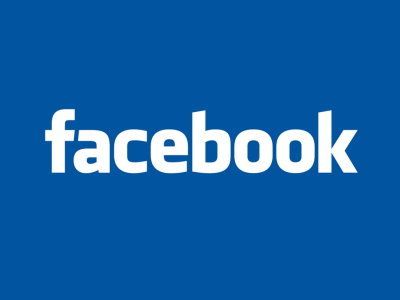 Facebook
The social networking giant, Facebook, is possibly getting ready to launch one of the most anticipated Initial Public Offerings in recent memory.  The new Menlo Park Facebook campus will house just over 1,400 employees.  Many of these employees will realize instantaneous wealth the second Facebook hits the public market.  With so much wealth immediately realized just a few miles from San Carlos, will Facebook make an impact on San Carlos real estate?  The short answer is:  It already has.
How stock options work
Stock option proceeds can help with a significant part of a down payment in San Carlos.  Facebook has been known to buck the trend when it comes to the day-to-day operations of its company when compared against other successful Silicon Valley startups. However, if Facebook has adopted something close to the Valley standard when it comes to employee stock compensation, most Facebook employees will have the following:  Your average employee will be given a grant of common stock to be possibly exercised at a strike price that remains constant throughout the term of the agreement.  Most stock options vest over a four year period.  Depending on how savvy the particular employee was at  bargaining, vesting could take place at 1/48 per month, or 25% after the first year and 1/36th thereafter until all shares are vested.  The vast majority of these shares are what attorneys call ISOs or Incentive Stock Options.  These are usually given to full time employees.  ISOs are nice to have over Non-Statutory Stock Options (NSOs) because NSOs do not have preferential tax treatment, whereas ISOs, do.  For the most part NSOs are only handed out to directors, contractors, or other non-full time employees of the company.  There are also a host of other incentives that the company can offer key employees through an ISO, such as an early exercise provision of all shares or a stepped-up basis for vesting depending on milestones.  In any event, my understanding with Facebook is that most employees are receiving a regular ISO, vesting over four years. Translation:  Anyone working at Facebook over the past four years should be entirely vested.  This is where we start to feel the full impact.
Other employees are selling their shares privately
Some employees are not waiting for the S-1 filing (the kick off to an IPO).  Instead they are choosing to sell some of their shares privately.  Unless a right of first refusal was exercised by Facebook, California and the SEC heavily regulate the sales of shares of a privately held company. In fact, there are only very limited scenarios where an employee could effectively sell their shares.  I won’t bore you with the details, but the buyer must be a highly qualified investor meeting stringent guidelines.  This is a complicated process which would require the help of an experienced securities attorney. Nonetheless, some are heading down this road.  For our purposes here in San Carlos, the net effect is that you have more people becoming liquid at a faster rate.
How does San Carlos fit in?
It seems to me that many Facebook employees have purposefully delayed purchasing a home until they felt comfortable enough with the notion that there was going to be a liquidity event with their company equity.  Many now seem satisfied that this event will occur in the not-so-distant-future.  Some are starting to push forward with their real estate ventures.  There will be more of an immediate impact in the real estate markets of Menlo Park and Palo Alto.  However, San Carlos is becoming more of a trendy pick and it will be in the mix with some Facebook employees as many of them decide where to raise their families. We saw this on a lower impact level when Google had its IPO in 2004.  In the years that followed, I was on the losing end to more than a few all-cash Google offers in multiple offer situations.   San Carlos was desirable six years ago, but not as desirable as it is today.  It is not on the same level as Palo Alto or Menlo Park, but it has managed to partially close the gap that still exists.
As with many of my San Carlos Blog posts, I tend to write about what I am seeing in the San Carlos housing market every day.  Having placed one Facebook employee earlier, one recently and now working on two more, I feel confident that there is a definitive buzz about San Carlos with those at Facebook who are looking for their new home.  Great schools, a fantastic downtown and a wonderful place to raise a family, all hold true for San Carlos.  Many are starting realize they can have all of this without having to pay considerably more in Menlo Park and Palo Alto.  In a nutshell, that’s what San Carlos brings to the table….and the word is spreading.
The San Carlos Market
Is currently hot.  Homes priced between $850,000-$1,200,000 in key areas are absolutely red hot.  Recently, we have had multiple offers of extreme numbers: 6 offers, 9 offers, even 12 offers on San Carlos properties in this price range. Buyers working for Facebook were involved in at least two of those three particular offer situations. We have a variety of factors contributing to the rise in our mid-market homes.  Low interest rates, fear or rising interest rates, decent inventory, move-up buyers now feeling more comfortable with the economy to make the jump, an influx of buyers fed up with Menlo Park and Palo Alto prices…..and now, apparently, Facebook.

Bring it on – the additional property tax revenue is very much welcomed! Not to mention what I hope are hearts and souls of civic-minded individuals eager to contribute to our community.