Snow storms, free lots and poverty.  Think you know San Carlos?  Think again.  Below are 5 facts about San Carlos that you may not know: 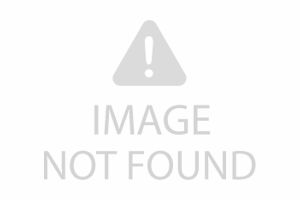 1. It’s Snowing in San Carlos! Believe it or not, it’s true.  I was here to see it.  Granted I was only 1 year old, but I’m sure I had fun.  In February of 1976, a freak snowstorm did more than lightly dust San Carlos with a thin layer of snow.  Laurel Street received 3-4 inches of snow while the top of Brittan Avenue received 6 inches.  Stay tuned for, what I believe, is the only video footage still in existence of this day.  We are working on moving the footage from 8mm to DVD and then ultimately to this site.  The majority of the footage is shot from the corner of Alameda and Brittan.  San Carlos is almost unrecognizable.

2. Poverty Hill. The thought of it seems absolutely ludicrous under today’s standards, but there was a period of time when part of San Carlos was referred to as Poverty Hill.  This area is the present day Cordes area (for a Map of Cordes, please click here). The Cordes area mostly encompasses the hills north of Arundel School.  San Carlos was not immune from the effects of the Great Depression. Many of the original home sites in San Carlos were in the Cordes area.  The first mini-housing boom in San Carlos was cut short by the Great Depression and builders literally just walked away from half-built houses in the Cordes area.  The result was a mixture of abandoned lots and half-built houses.  The remaining residents came up with the name Poverty Hill to describe this area of town.

3. Welcome to the Town of Phelps. That was the original name given to the tiny town of San Carlos.  Timothy Guy Phelps was one of the original landowners in San Carlos.  The present day location of his estate and imposing home is the corner of Holly Street and Old County Road.  Phelps tried very hard to develop San Carlos and gave the town his name.  However, other investors did not think it had a pleasant enough ring to it, so a change to Las Lomitas (translated “The Hills”) was discussed.  However, San Carlos was ultimately decided upon as the name for the new town.  The San Carlos was the first Spanish ship to sail into the bay.

4. San Carlos as the birth place of Silicon Valley? It’s not as far fetched as you may believe.  This is an honor that is normally associated with Hewlett and Packard’s garage in Palo Alto.  However, many will tell you that the original leased office space in San Carlos by Varian Associates in 1951 may also have a right to that claim.  Varian was lured away in 1953 by Stanford’s new technology park which saw companies such as HP, Shockley, Eastman Kodak and GE take up similar space as new neighbors.

5.  Free lots! I’ve saved the best for last.  Prepare to feel sick to your stomach. The real estate market was so bad in the early 1930s that the area that is now the White Oaks tract could not attract any builders.  The most southern part of San Carlos was considered to be too far removed from the action in San Carlos which was San Carlos Avenue, north.  The Great Depression was not helping matters either. In order to help the town gain revenue many lots in the current White Oaks tract were given away FOR FREE.  The only stipulation was that the new owner needed to be financially secure enough to pay the annual property taxes on the particular parcel.  It gets worse. Apparently this was not enough of an incentive and not seen as a sound investment.  The decision was then made to cut many of those lots in half, to make the property tax more affordable….thus the reason many lots in White Oaks are under 5,000 square feet today.

What Type Of Property Inspections Are Most Common in San Carlos?
January 18, 2012

it might have also snowed in the 60’s.. i know it snowed in RWC.. so it probably snowed in SC also

Yep, it snowed in San Carlos in the 60’s and the 50’s. Not enough to make east coast news, but enough for a good snowball fight and a few snowmen.
Let’s not forget Dalmo Victor the leader in aircraft radar who had their plant on ECR in San Carlos. Nor Eitel McCullough (Eimac) for the birth of FM radio and their plant on Industrial Road, just north of Holly.

Those of us old enough to remember the early 50’s will also recall the Marysville flood which also flooded the Peninsula. I rember sand bags around our house at 1568 Elm St and around the Doll House. The Doll House was owned by Johnny and Shirley Wynn. Also, if you go to the corner of White Oak Way and Elm St. and look at the street name in the concrete, you’ll see that Elm was originally named Rosewood Lane.

I lived in San Carlos and went to Central School in 1942. Trying to remember what corner and El Camino Real Dalmo Victor was located. I don’t mind if my email address is published. I think anyone that remembered me is gone. Thanks for your time, Bill