The San Carlos Housing Market: Hot or Not? 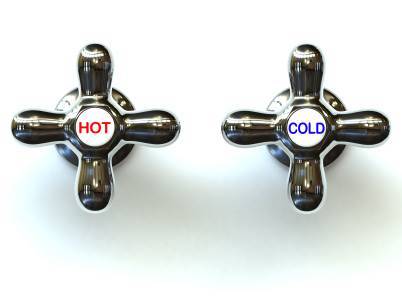 It’s a fair question.  Much of the data currently coming in is confusing.  Red hot one week, stone cold the next week….the San Carlos housing market can be difficult to judge.  Let’s start by taking a look at the numbers:
Recent Data Points
Current Active Properties in San Carlos:  63
Current Number of Pending Properties:  23
Number of Properties to Sell in Last Three Months:  54
Of those 54 Sold Properties, 20 sold above $1,000,000
The average Days On Market (DOM) for those 54 properties was 39 days….down considerably from the high 40s of 2009.
Average Selling Price: $1,012,152
Average Price Per Square Foot: $551.09
The average list price obtained for the sale of those 54 homes was 100.53% of the last posted list price.
11 of those 54 homes had a reduction in their posted list price.
Finally, and perhaps the most telling statistic, of those 54 homes, 28 went Sale Pending in 12 days or under.
Analysis
A snapshot of the numbers above would seemingly give the impression of a healthy San Carlos real estate market.  So where is the confusion coming from?  I had one of my buyers tell me last week,  “I don’t get it.  Some of these houses we have looked at have moved immediately, while others, which seemed similar, have been sitting for some time.  It doesn’t make much sense.”  I have had similar comments from buyers while holding open houses over the last two months.
In order to better understand our current market, it’s helpful to recognize how we got here:
First, think back to 2005.  Anything and everything sold in San Carlos.  People just wanted in, and pretty much did anything to make that happen. There was a loan for everyone.  20% down, 10% down, no money down and my personal favorite, no money down and cash back at closing.  It was out of control, to put it mildly.  Now fast forward to the time period of the last quarter of 2008 through 2009.  A recession, collapse of the mortgage industry and a general feeling of anxiety crippled the San Carlos market. Unless you were willing to take enough of a hit on the sale of your home to get in front of the market, your house was not going to sell.  Depending on the value of your home, you lost anywhere from 10-20% between 2008 and the end of 2009.  By the end of 2009 we started to see the 700K-900K market pick up.  The prevailing thought was that the San Carlos market had most likely bottomed.  Combined with record low interest rates, the growing confidence in the San Carlos market forced all those who were on the sidelines for much of 2009 into the market, along with those who began their search in 2010.  Low interest rates and bottomed-out prices were both great pieces of news for buyers…..except for one minor problem….very little inventory.  For much of the early part of 2010, you only had 3 types of sellers in San Carlos (1) those who had to sell due to financial reasons (2) those selling due to a job transfer or a trustee’s sale; and (3) those selling because they were comfortable enough financially to try and take advantage of the move-up market (there were not many).  The result was more competition for homes and the market started to regain some of its previous losses.
Now, as we head into the last part of 2010, I think it’s safe to say that we have regained a minimal amount of the ground we lost between 2008 and 2009.  Buyers are clearly back in the market.  The loan guidelines have loosened considerably from the big banks as compared to 2008 and 2009.  Finally, while the anxiety has not totally left the market, it does not have the crippling effect that it had in the past two years.  The general feeling among buyers is that if they find a house that is priced at market value and is in an desired location, they are ready to go to battle to get it.  So what exactly is a desired location in San Carlos?  It’s been well documented that Howard Park and White Oaks have been the clear leaders in terms of buyer demand.  However, if a home is located on a street that is not busy in Howard Park and White Oaks, the gloves really come off.  Additionally, noting the statistic above referencing the 28 houses to go pending in 12 days or less, 18 of those 28 homes were located in the Howard Park/White Oaks areas.  On a side note here, I believe Beverly Terrace, Cordes and Alder Manor are gaining ground on Howard Park/White Oaks, but time will tell.
Summary
The San Carlos market is currently relatively healthy, but its overall numbers are somewhat inflated by the intense bidding surrounding those houses that have come onto the market in the truly sought after locations.