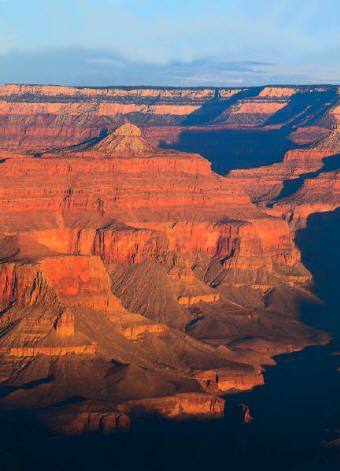 For those of you already heavily involved in the 2009 San Carlos housing market, you may be well aware of the Great Divide.  For those of you who are not, it’s really this simple:  There is a standoff taking place between a decent percentage of buyers and sellers.  In the first corner are Sellers.  Sellers feel that they have bent over backwards to list the property at an appropriate price given the current economic conditions.  In many cases sellers have listed properties at pre-2005 prices.  Additionally, many sellers believe they are being flexible with all other terms of a prospective purchase.  In the other corner are Buyers.  Buyers flat-out want a deal.  Many buyers feel they are taking a substantial risk in uncertain times and are looking to limit the risk on their investment.  Both groups truly believe they are being reasonable given our current economic circumstances.  The problem: in many instances the two sides are not even close on the price, hence, the Great Divide.
So who is to blame for the Great Divide?  Both sides claim they are being very reasonable given the circumstances.  As is the case with most major issues without an immediate resolution, the truth is somewhere in the middle.  Let’s take a look at the stronger points to both groups:
Buyers
(1)  The nation is in a terrible recession with no end in sight.  Property values may have not yet bottomed out.
(2)  Job security.  Buyers do not want to make what is most likely the biggest purchase in their lives with the possibility of a sudden job loss.
(3)  Sellers have dominated the San Carlos market for the past 10 years.  Buyers believe they finally have the upper hand and can set the pace with negotiations and prices.
(4)  Time is on their side.  Patience could yield a truly wonderful deal.  If a seller is not going to give the buyer what they want, its onward and upward. The walk-away position is always a nice card to hold in negotiations.
Sellers
(1)  The economy is poor, but many sellers feel that they have adjusted their prices accordingly.  San Carlos has steadily improved its Active versus Pending Ratio since January.  Currently, we have 56 homes listed as Active and 25 homes have a Pending status.  From almost a 4 to 1 ratio in early January, to a 3 to 1 ratio in early February, to almost a 2 to 1 ratio in late February.  Clearly, the demand for San Carlos is still high.  You would be hard-pressed to find a town with a better ratio on the peninsula.
(2)  San Carlos goes through ups and downs.  San Carlos property values  have leveled in the 70s, 80s, 90s and now in the 00s.  If history is any indication, the intervals of time when property has leveled in San Carlos is far exceeded by the length of the intervals for which it has increased in value.
(3) Most sellers are patient as well.  Many San Carlos sellers are not in a financial bind and do not have to sell.  Many will tell you that patience is on their side as well.  They want to sell the property for what is fair given the current economic climate, but they are not going to be taken advantage of.
The Great Divide
Both sides have very valid points to support their positions.  I would argue that both need to give a little.  Their positions are not quite as strong as they believe:
Buyers
Are absolutely correct to be concerned with the economy, job loss, etc.  It is impossible to get away from the bleak news that hits you on television, the radio in your car and on your computer.  Buyers should be cautious and do their homework on all prospective properties.  However, this time period represents that rare, eclipse-like event of flattened prices and historically low interest rates and possible tax credits for home purchases.  Its easy to dwell on the negatives, however, there are many equally lucrative incentives for those buyers who have been pre-approved with a major bank.
Sellers
Many have been realistic with their list prices.  However, its probably time to be a bit more realistic.  While there has been some “give” on this end, the future is uncertain.   While Bernanke thought the recession could end later this year….he did not exactly say it with a lot of confidence.  Sellers are asking buyers to make a life-changing purchase in uncertain times.  While history has always been on the side of San Carlos property values, none of the other recessions in the prior decades were as severe as this recession and the driving force behind those prior recessions was not centered on the housing market.