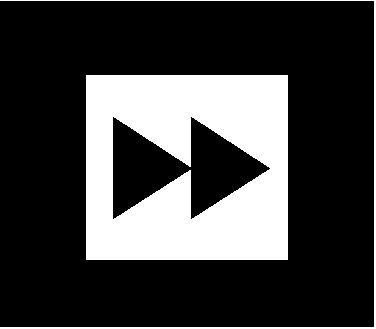 Fast forward to 2018.  How much has your property appreciated?  Did the City of San Carlos ever straighten out its financial woes of 2008? Was the east-side ever developed to its fullest potential?  Did Laurel Street continue to thrive? Was the new playground at Burton Park finished before 2015?     (sorry….this last one was uncalled for)  The answers to these and several other questions will help determine the well-being of San Carlos is 2018.
San Carlos:  Passion and vision have been its allies over the past 10 years.   Complacency is its biggest enemy over the next 10 years.  Budget shortfalls and a struggling economy will make further improvements within the city a greater challenge.  San Carlos has established itself as a fantastic family town with good schools, a growing downtown and a city with a tremendous sense of community.  While these are all terrific attributes, San Carlos needs to recognize its deficiencies and its untapped resources.  It needs to attack these areas with the same fervor that it put toward Laurel Street, its parks, and business development over the past 10 years.
The Complaints
The biggest complaints that I receive about San Carlos from prospective buyers are as follows: (1) great elementary and middle schools……but Sequoia is a deal breaker for some folks; (2) San Carlos lacks diversity; (3) for the price, the homes are too small and right on top of each other.
With regard to Sequoia High School, this issue has been discussed numerous times on this blog so I do not want to spend much time on the subject.  Fair or not, it is a major turnoff to some buyers looking in White Oaks and Howard Park.  How the high school issue is handled over the next ten years represents the first key point for 2018.
According to the 2000 Census, San Carlos is 84.5% Caucasian.  My feeling is that the complaint about San Carlos not being diverse enough is a fair assessment.  One of the main attractions to San Carlos is that most of the people who live here are progressive, bright, forward-thinking, and understand the importance of diversity and the enrichment that comes from it.   The ability of San Carlos to further its diversity through all avenues represents the second key point for 2018.
Our lot sizes are not going to suddenly grow.  The very essence of San Carlos has always been that while house sizes are small, it is the community that makes it all worthwhile.  Concentrate on continually improving the community in San Carlos and you will minimize this complaint.
Untapped Resources
The development of the east side of San Carlos is by far our largest untapped resource….on several fronts.  The east side represents an opportunity to attract revenue generating businesses that will not only bring high paying, desirable jobs to San Carlos, but these businesses could bring tax revenue which our city desperately needs. The good news is that our city council seems well aware of this and appears to be moving in the right direction with regard to making this proposition a reality.
Revitalizing the south end of Laurel Street would go a long way.  Encouraging revenue generating businesses to invest in south Laurel would attract more dollars to downtown.  Currently, many focus on only the the four or five blocks of Laurel, south of San Carlos Avenue.
Finally, the largest untapped resource in San Carlos is its citizens.  Just about everyone has a few ideas on what they would like to see in San Carlos.  Hometown Days, the Art & Wine Festival, Concerts in the Park, Chicken’s Ball, the San Carlos Educational Foundation, etc…..they all started with someone stepping up, taking the initiative and making it happen.  There are others out there.
The Housing Market
How much will you pay for the average home in San Carlos in 2018?  Currently, the average home in San Carlos costs about $1,138,000.   In order to get a projected cost, lets take a look at a particular home and its valuations over the last forty years.
This particular house is a four bedroom, two and half bath, 1,900 square foot home in San Carlos:
In 1968, this home was valued at $60,000
In 1978, this home was sold for $125,000 (an increase of 108%)
In 1988, this home was valued at $550,000 (an increase of 340%)
In 1998, this home was valued at $800,000 (an increase of 45%)
In 2008, this home was valued at $1,300,000 (an increase of 62%)
In 2018, this home would be worth $1,885,000 (using the lowest 10-year % increase above of 45%).  A more likely valuation is somewhere around or just north of $2,100,000.
If history is any indication, your investment in a San Carlos home seems to be an outstanding investment.
Conclusion
San Carlos has always been about community.  Just how active the community becomes in shaping San Carlos over the next 10 years is the key for making San Carlos a better place in 2018.